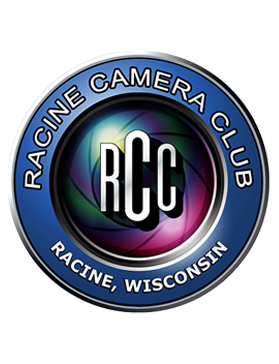 During the year, we participate in many different types of competitions, described below. Some of these are competitions within our club, and some are organized by other groups and include many camera clubs, like the Wisconsin PSA and WACCO.

Some changes have had to be made for some of these competitions because of COVID-19. For example, the Challenge of the Month is still voted on by our members, but they do so virtually before the meeting where the winner is revealed rather than during the meeting.

You MUST be a member of the club to submit an image.

For this competition, we bring in three judges from the area. They are usually professional photographers, or very advanced amateurs. Each member can submit up to five images for each of the competition topics. The judges do a blind judging (they do not know who took each image), using our on-line system to rank the images.

We hold this competition twice in each programming year. The results from the Fall Competition are announced at the November meeting and the results of the Spring Competition at the May meeting.

Each competition has two categories, “General” and a specific category announced when the competition opens.

Challenge of the Month

The Challenge of the Month (COTM) competition is meant to be a fun challenge to get members out each month shooting about a specific subject. Images that are entered in the competition must be taken anytime between the announcement of the topic and the meeting at which they will be judged (roughly two months).

We leave some of these intentionally vague so that people can be more creative in their interpretation of the subject.

The Wisconsin PSA sponsors the Showcase of Images. As a club, we get to enter seven images, no more than one image per member. These go into a pool with the images from the other clubs and are then sent to each club for judging, with the results announced sometime in May or June of the following year.

WACCO (Wisconsin Area Camera Clubs) holds a number of competitions throughout the year. Since we are a member of WACCO, our members may enter any of these competitions.

Please see the WACCO website (link above) for the specific rules for each of their competitions.

The Summer Scavenger Hunt competition is another fun challenge and is open to everyone. A list of topics are shared at the last meeting of the year. The members and public are invited to submit one image for each of the categories that they decide to enter. Instructions on where to send the images are shared on the Facebook page for the club. The images are displayed and all persons in attendance vote on the image they feel meet the category. There is no monetary award for the winning image, just admiration from the participants of a great image.

Like the COTM competition, we have intentionally left some of the categories vague, to encourage people’s creativity. And humor.